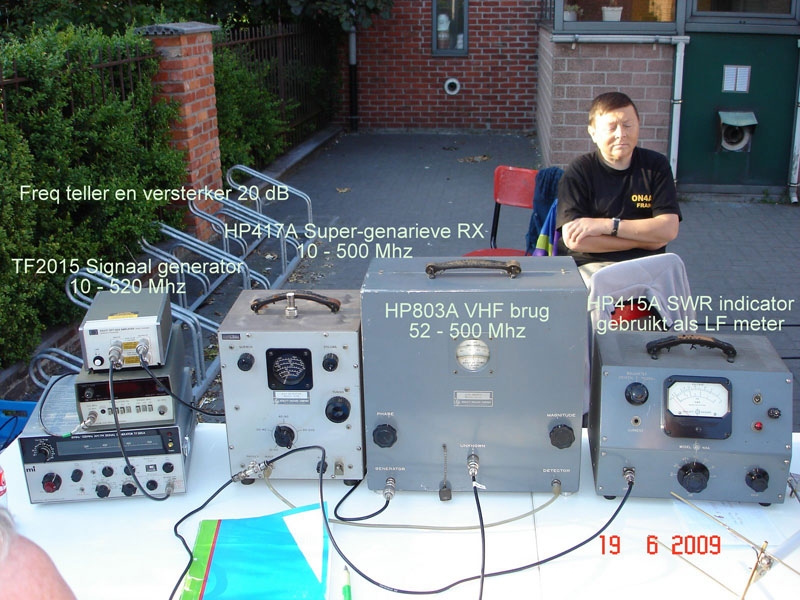 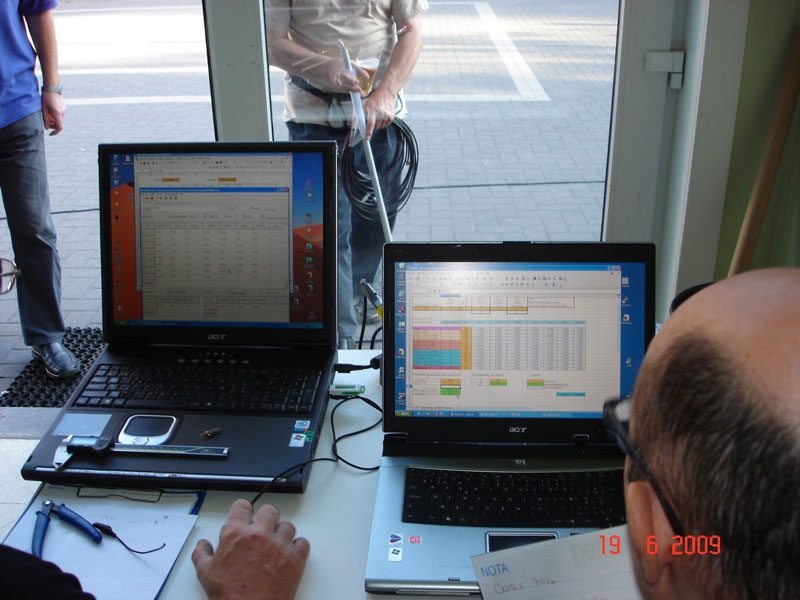 HP415A Standing wave Indicator (1952 – ). This instrument is basically a high gain narrow band audio amplifier that is used to measure the output of a crystal or bolometer on a slotted line. By measuring the maximum and minimum signals as the slotted line is adjusted, the standing wave ratio can be measured. The unit typically operated at a narrow band around 1000 Hz but other frequencies from 300 Hz to 2000 Hz could be special ordered. In operation, a signal generator was either AM or pulse modulated at 1000 Hz and fed to one end of the slotted line. The output end of the slotted line was connected to the load whose SWR was going to be measured. The moveable slot had a detector output that was connected to the HP415A. The detector would produce a 1000 Hz demodulated signal whose amplitude was related to the square of the RF signal (at low signal levels, crystal detectors operate as square law detectors). The scale of the HP415A was calibrated in square law so that the user did not have to do any calculations to measure the SWR ratio.

HP417A VHF Detector (1952 – ). This instrument was a super-regenerative receiver covering the frequency range from 10 MHz to 500 MHz. It was intended for use with the HP803A VHF Bridge as a null detector. It had a sensitivity of 5 microvolts over the entire frequency range.

HP803A VHF Bridge (1952 – ). This instrument could measure complex impedance over the 52 to 500 MHz range. It was a passive instrument and measured impedance by simultaneous sampling of the electric and magnetic field in its internal transmission line. A magnitude control adjusted two attenuators, one responded to voltage and the other responded to current. The output of the two attenuators was applied to different ends of the internal transmission line. A phase control adjusted the location of a tap on the transmission line. The tap signal was fed to an external null detector (typically the HP417A VHF detector. The magnitude and phase controls were adjusted until a null was found and the complex impedance was read on the two dials. Signal frequency was typically applied using an HP608 VHF Generator.

No online members at the moment